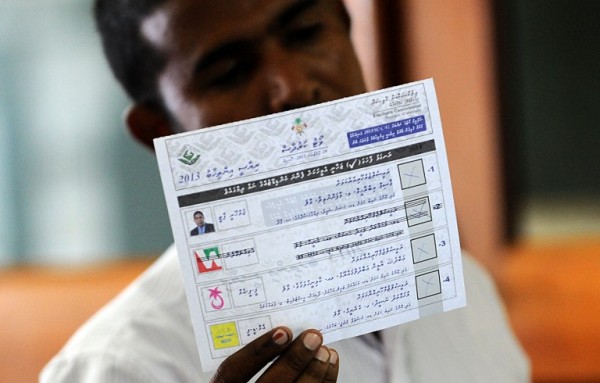 The way forward for Maldives is to push for electoral reform – Here is how!

Before I was forced to abruptly stop the #fikuryingilaab web video series on Youtube and apply for political asylum, I had a Skype conversation with the former chair of the  Elections Commission of the Maldives where we talked about the systemic flaws in the electoral system that rigs it against the will of the people.

The current system is designed for the people to have an appearance of participatory democracy but doesn’t quite deliver on the promise.

Listen to the conversation below;

In my opinion, the solution to the problem would be a complete overhaul of the system towards what is known as the Single Transferable Vote (STV).  The system, which at first may seem complicated, is designed to achieve proportional representation through ranked voting in multi-seat elections.

In the educational video series below, presented as lessons, Youtube publisher CGP Grey explains how everything works in detail. The series is titled “The Politics of the Animal Kingdom“.

The videos start with explaining the problems in the first past post voting systems before going into explaining the Single Transferable Vote as a solution and how something that can be implemented in a country like the Maldives or similar country.

*Note: the videos are not made to describe the exact system in practice in the Maldives, but rather as a general description of common voting systems in countries (the Maldives included). They are presented for information and comparison. The videos in Section 1 have slight variations to the electoral system in practice in the Maldives, but still manages to do a very good job explaining most of the problems and is therefore recommended watching in sequence.

The Problems with First Past the Post Voting Explained

The Shortest-Splitline Algorithm: a Gerrymandering Solution

As you can see, there are many ways to try and fix the problem with current systems and ends up being a confusing mess sometimes to the ordinary person as there are many instances that allow for manipulation to impact the outcomes of the election.

A system that allows for fair and proportional representation for all peoples to be heard, we need to look at the solution that Single Transferable Vote provides.

Footnote † from STV: Switch To STV

I don’t expect that people will go out tomorrow to try and change the system. For that to happen, enough people need to know the benefits they will get if they changed the system. So to make this possible, thoughtful people need to share this post with enough people and have conversations about the benefits to spread the message and to convince that we need to change the system. Slowly you need to build consensus among the people for change to be possible. And only you can do that.

I hope this single sharable easy link to be a seed for something good down the line. I always wish the people of the Maldives well.