In the wake of the murder of my friend and fellow blogger/activist Yameen Rasheed the Maldives Police Service had conducted operations on Monday night and made arrests of certain individuals.

Local media have since reported that the individuals were arrested for an Improvised Explosive Device (IED) bomb plot in the capital city of Male’. Police have continued the detention of 3 people from multiple persons arrested that night.

The persons arrested for the suspicion of the bomb plot are all known Islamist extremists in the country with a history of threats and abuse on social media and other platforms. 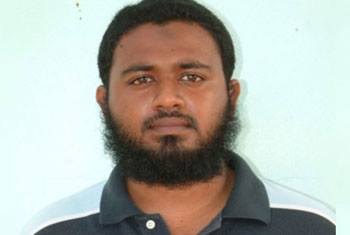 Mohamed Ameen. He was a suspect in the Sultan park bombing case. He has spent a considerable time in hiding but was arrested in 2010 from Sri Lanka. Why he was released is unknown. His house was raided last night. He is in police custody. He is a known close associate of Ali Jaleel, Maldivian suicide bomber.

Iuthishaam a resident of Madaveli. Iuthishaam and his wife were previously arrested while they attempting to flee to Syria. Their passports were confiscated they were released. He was better known on Twitter as @Epicloser. The twitter handle says it all about him. He is an Epic Loser. He is the owner of the travel agency that was raised. The travel agency may be a front for the money transfers for the fighters they were supplying.

Ali Nashiu. He lived previously in India. Belongs to the Kuda Henveiru gang and is a relatively new recruit. 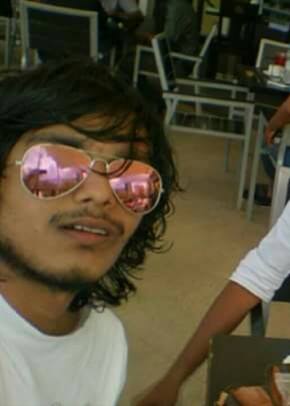 Abdulla Haisham. Haisham and his wife and his 7-month-old baby were deported from Turkey recently while trying to illegally enter Syria from the border. He and his wife’s brother Suvaid were arrested for the investigation of Rilwan’s abduction as they were caught on CCTV as following Rilwan. They were later released. 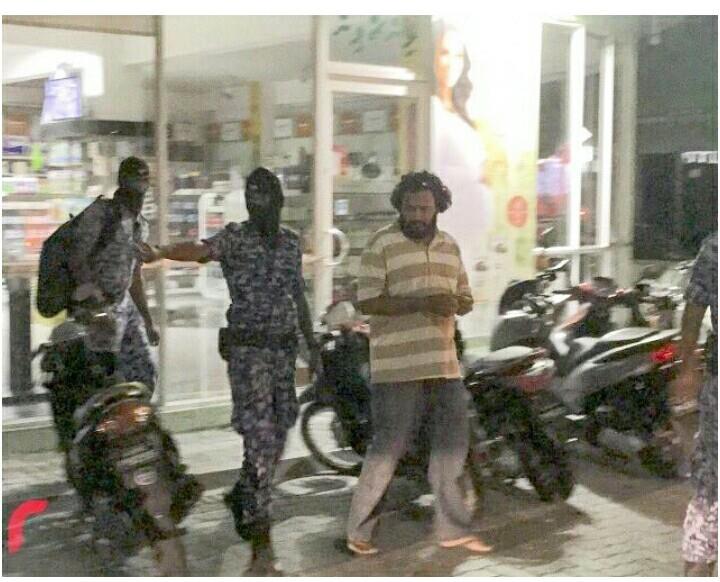 Mohamed ThasleemFrom Hoarafushi. He has a history of violence behind him. People has claimed that he barged into a party in Hulhumale island with a knife to stop it once. He is also a terrorist recruiter and was also arrested at the unnamed travel agency.

Kuda Henveiru Ali Shaafiu (Recruiter). He recruits young people from the Maldives to go to war in Syria. It is claimed that he gets $2000 per recruit as his share of fees. He has tried to leave for Syria in 2015 with his wife and kid, but were detailed at the airport and later released. He was also arrested during the investigation of the President Yameen’s speed boat blast and for suspicion of involvement for the weapons cache that was discovered sunk into a lagoon during the same time.

Ameen and Haisham have since been released by the police.

These persons are known for their openly radical views as they conduct and carry their get-togethers out in the open in cafes and hotels in the capital Male’.