By now everyone who is paying attention to the Maldivian social networks space would know that are is an organized smear campaign being carried out against me. Along with this smear campaign, I have to fend off death threats almost non-stop all over the Internet for the last two days as I have been accused of running the Maldivian Athiest page by Islamists in the country as part of their smear campaign to silence my voice.

So I would like to highlight some points for consideration of my readers;

1. The Atheist page publishes content daily, around the clock (day & night) non-stop. The amount of commitment and dedication required for something like that is immense. It’s highly likely they even have paid staff to do the work.

2. Their content is original (not taken from somewhere else, made for that page). It would take a considerable amount of time to come up with concepts, design the work and publish.

3. The research work that goes into that page is incredible. Someone or group of people are organized and going through Quranic and Hadhith content to reference their content. It requires someone who has knowledge in Islam and other related subjects. Possibly someone professionally trained in Islam.

Now for some other points to consider;

1. My videos are done entirely by me. I script them, record them and edit them myself. It’s time consuming work. Most of my videos are long form going past 1 hour of viewing time.

2. My videos are in high resolution and data heavy. A large number of videos require a fast internet connection for uploading. A typical uploading session lasts for more than an hour on a fast unlimited data connection. And each video gets uploaded to both YouTube and Facebook. Which means each videos uploading time gets doubled by the time it’s available online.

3. On top of doing the video work I also do freelance work doing online marketing. This is how I make a living, paying rent, paying bills and food money. This is also time consuming. I usually work  on average 12 hour days. I also try and spend time with family and friends on a regular basis as much as possible.

4. Last couple of months I have started exercising, because of health reasons. I dedicate about two hours every other day to make sure I do my exercises. This is time consuming and eats into my organized schedule.

5. My mental health issues relating to my early onset Alzheimer’s sometimes leaves me overwhelmed as I struggle to remember things I need to do on a bad day. This gets in the way of me being productive on some days despite my best efforts.

6. I can’t type in Dhivehi. I never studied Dhivehi language in school either. I was fortunate enough to be exempt from attending Dhivehi classes while was I school. In fact my command of the Dhivehi language is so poor to the point of embarrassment considering I am a native born Maldivian. Why is this important? Because the original content on the Atheist page is in Dhivehi language.

8. My Dhivehi is so bad, even my train of thought is also in English.

So in light of these facts, it is near impossible for me to be doing anything related to the atheist page. So I reject the accusations made against me as slander and an organized witch-hunt because of my open support for a secular Maldives.

On a closing note, I would like to add – if anything happens to me, my life or to a loved one, please be informed that the accusations lies squarely on Mohamed Siruhan who runs the Siru Arts page who is self declared Islamist extremist and jihadi promotor and recruiter who openly threatens people who he disagrees with. If I end up dead, you all know who you are looking for already.

Below is my video on the same topic;

Edit: Since I made this post, a person reached out to me claiming to be the admin of the Athiest page. I posted screenshots on my Facebook page. 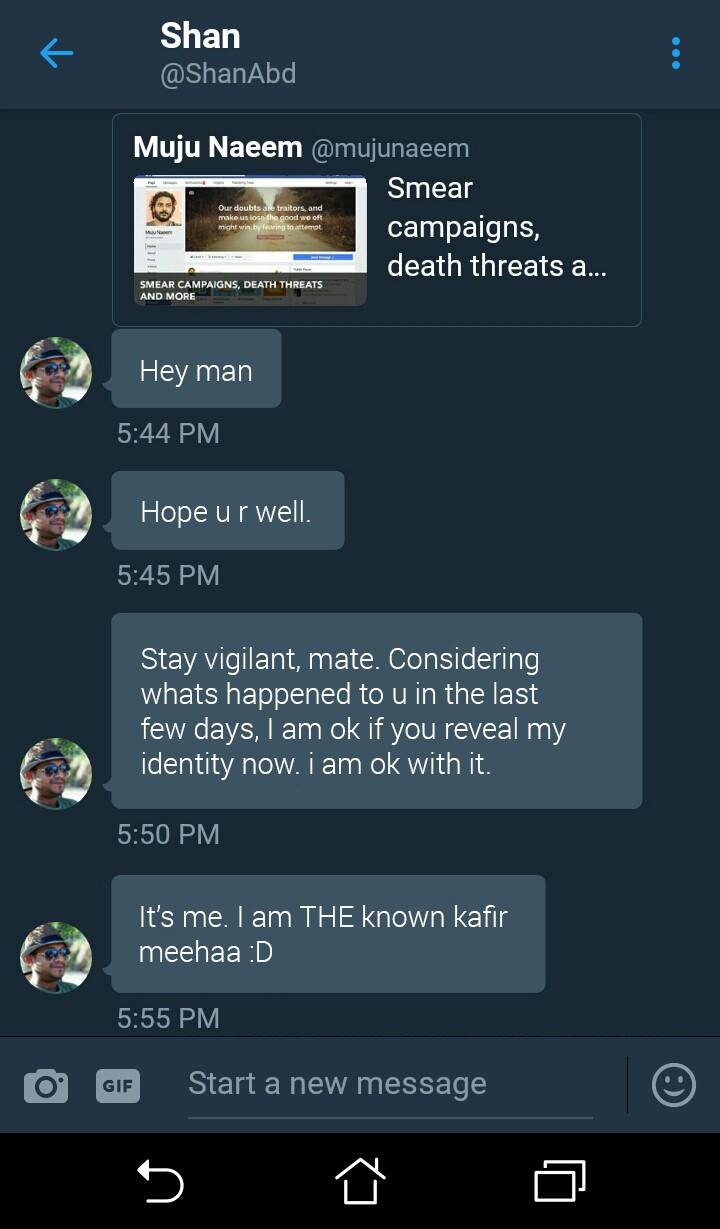 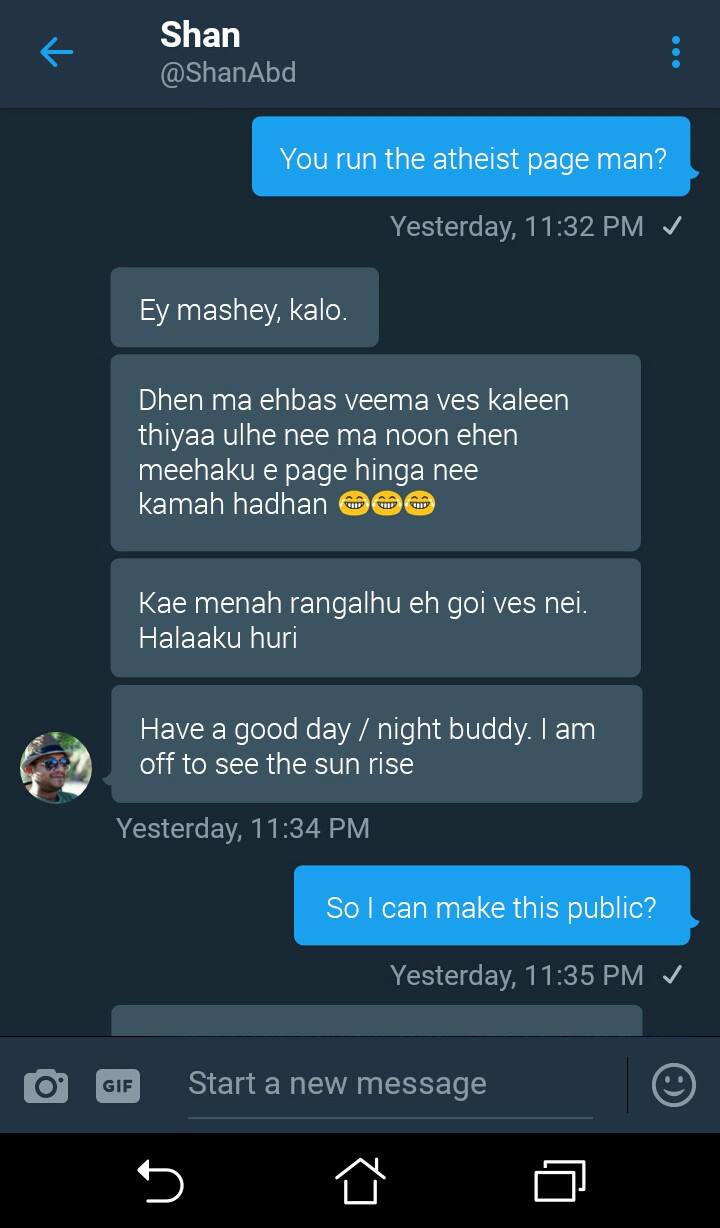 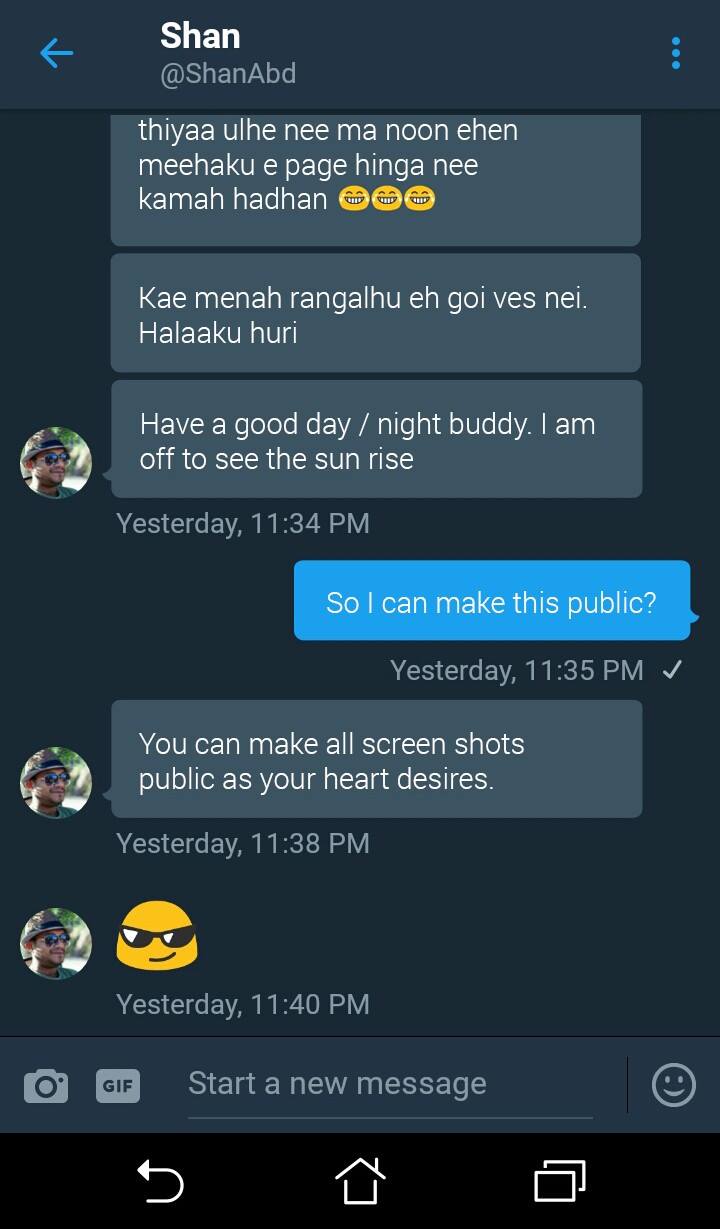 Despite all this, Siruhan continues to harass, intimidate and incite violence against me. Below are some of the threats he has made so far. All images are linked to the original posts. If one looks at the comments and the shares on these posts, the amount of death threats that he is inciting is unbelievable. 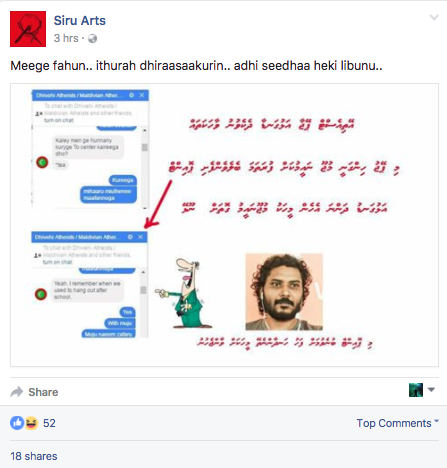 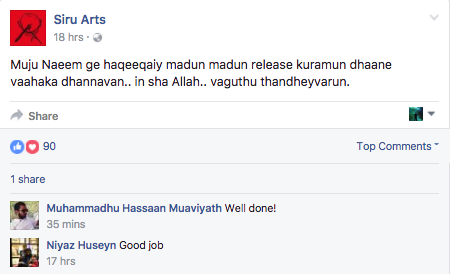 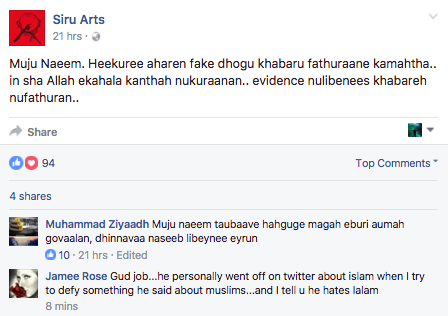 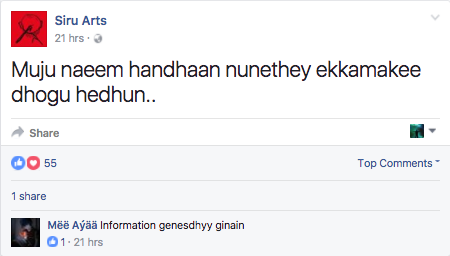 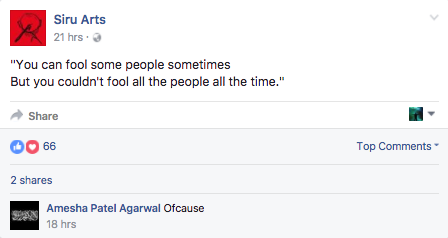 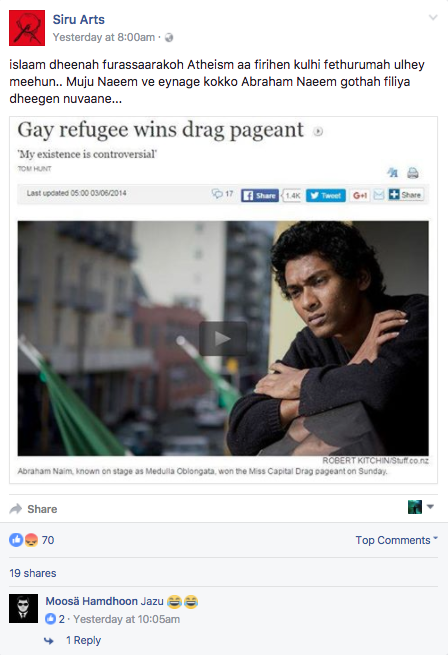 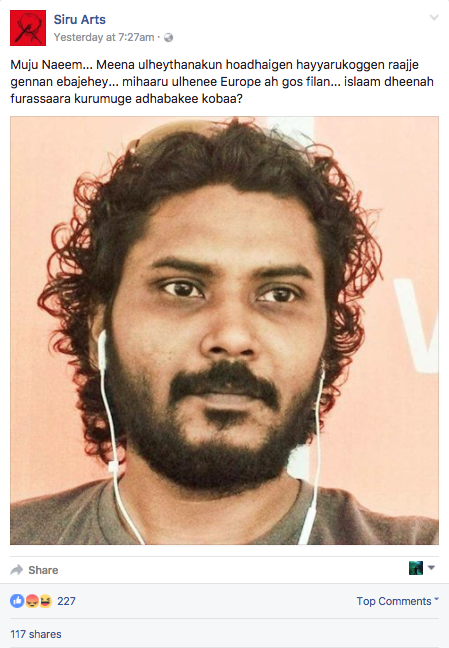 These so called Sheikhs are now issuing Facebook fathwa’s calling for my beheading. Maldives is overrun by these crazies like it was the wild wild west. The government is either helpless to stop it or they are involved along with these jihadi nutjobs.

What they are basically trying to do is inspire lone wolf type attacks.
Secularist and Democrats in the country should be vigilant of these psychopaths and attempt to lock them up in a changed political scenario otherwise we as a country stand to loose our freedom and drive progress back to the stone ages.

The commenter is asking the Sheikh if he will take responsibility for my death in the event someone murders me after reading his fatwa. And she is also asking about due process of Islamic law before such a fatwa can be issued.